South Ostrobothnian Building Foundation has granted the 14th Builder Plaque to the Seinäjoki Polytechnic Frami F building, designed by UKI Arkkitehdit. The foundation states that the building has received a very imposing place in the middle of the Frami complex, where it can be compared with the surrounding buildings. The school building meets the expectations and has revealed something different and new in this riverbank area in an architectonic and bold way.

The rust-covered exterior of Frami F is simplified and gives little clue of the impressive interior, where the main lobby with transparent roof bisects the whole building. Bold colours and inspirational furniture are a sharp departure from traditional room logic and create an inspiring work and study environment. 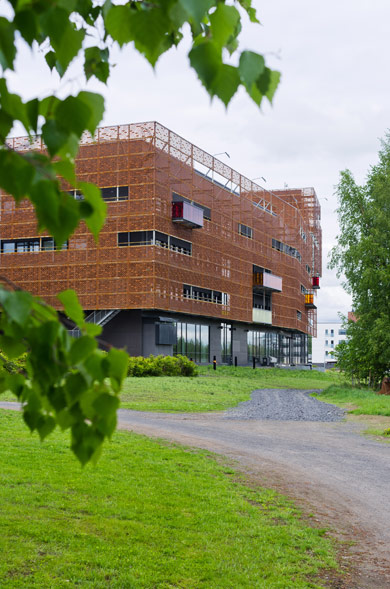