Designing for dozens of energy, chemistry and engineering industry projects continued through the decade. One of the most interesting of these projects is the Rauma Mill designed for Oy Metsä-Rauma Ab. Apart from pulp, the mill produces electricity, steam, pine oil and turpentine.

Technological development foreshadowed structural change in industry. Architectural firm Uki Heikkinen’s design project Oulu Technopolis and its development around the ICT sector was a significant factor for the future of Oulu as well as the whole Northern Finland.

The daily consumer goods trade was centralising its operations at the same time and supermarkets were getting ever bigger in size. The Arina Concern commissioned several designs for stores in Northern Finland from architectural firm Uki Heikkinen during the decade.

Among cultural buildings, the most significant design project of the decade was the Kuhmo Arts Centre, which has become famous as the venue of the Kuhmo Chamber Music Festival, for example. 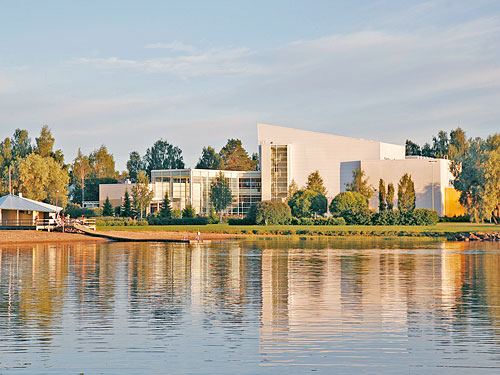