The 1960s in Finland was a period of intensive suburb construction. The Lintula town district in Oulu was the first housing scheme in Northern Finland where design was guided by a general plan that had been drawn up earlier. The building projects for the district were created by architectural firm Uki Heikkinen.

So-called Selvaag houses, which minimised space utilization and simplified construction methods, became more common at the same time in Finland. The Höyhtyä district in Oulu is a provincially significant Selvaag house area, for which the firm created several designs. 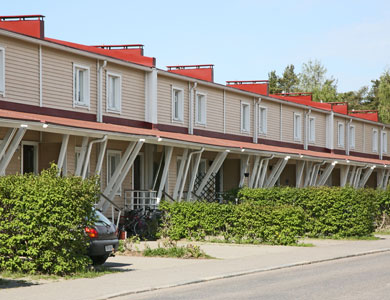 Designing shopping and business buildings increased as the country became more prosperous. Bank buildings and shopping centres were typical design projects in Northern Finland. Many new schools were also constructed as educational needs increased. The Oulu School of Nursing building and dormitory, completed in 1962, were among the most important public premises designed by architectural firm Uki Heikkinen. 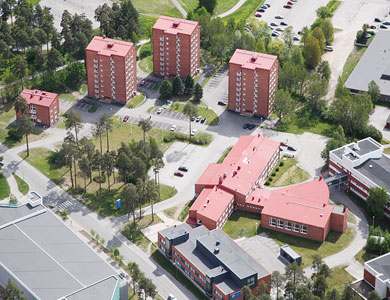 Kemijärvi Oy commissioned the third sulphate cellulose plant in Northern Finland in Kemijärvi, by Lake Patojärvi. It was a demanding design project, but for architectural firm Uki Heikkinen it was primarily an important state-controlled industrial project, supported by provincial operatives and local cooperation.